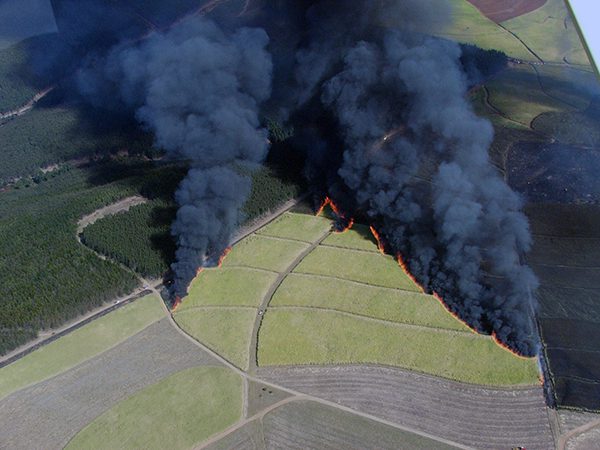 In July, a badly frayed Eskom cable, which had been reported twice to Eskom, snapped and fell into highly flammable sugar cane in the Eston area, starting a potentially very destructive fire that could have resulted in extensive damage to timber and sugar cane. The landowner, Trevor O’Neill from Rosebank Farm, responded speedily and thanks to assistance from other farmers in the area and prompt action by the KZNFPA aerial bombing services, losses were minimised, resulting in Safire only having to pay for the aerial bombing. Safire’s General Manager – Crop Division, Ruth Bezuidenhout, sent all witness statements, photographs, Eskom pole information and other details to Eskom. A little over 5 months later Eskom paid out the costs in full. “Quick and accurate reporting is the secret to achieving recoveries,” says Ruth. “A sincere thanks to all parties for a great team effort.”