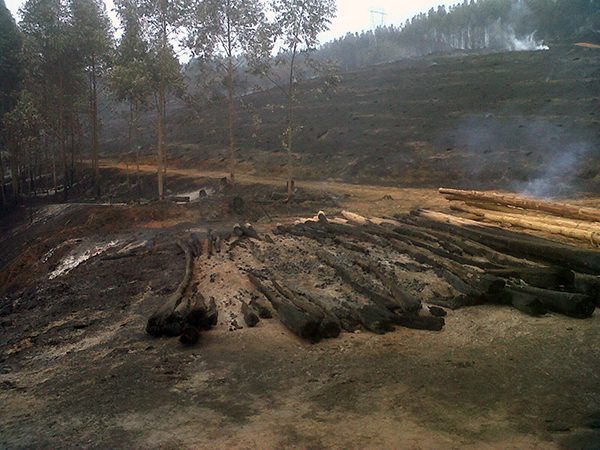 On Monday 15 September, Simon Thomas, Operations Manager for the KwaZulu-Natal Fire Protection Association (Firestop), gave his weekly weather forecast, and warned “Thursday is going to be a day from hell”. How prophetic his words were, with terrible fires across KZN, Mpumalanga and Swaziland. The horror of these fires was dramatically brought home to us at Safire, with smoke visible and the heavy smell of fire at our head office in Pietermaritzburg as nearby World’s View burned (seen here). Homes and lives have been lost in a few days that have been truly hellish. Two aerial bombing pilots well known in the fire fighting world were victims: Richard Aschenborn died as a result of a plane crash at Piet Retief and Mike Assad was badly injured in a plane crash at White River. Two firefighters died while fighting fires near Harrismith. About 34 000 hectares,  350 cattle and 1000 sheep have been lost in the Harrismith area alone, and the sugar and timber industries have been very hard hit. Our thoughts and prayers are with those who have lost loved ones, homes and property.