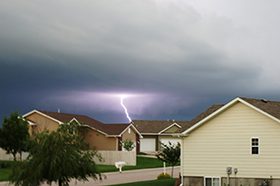 Traditionally, Safire covered damage to home appliances, computers and other electronic devices against the risk of power surges if the power surge was caused by a lightning strike. In recent years there has been a spike in claims for power surge related damages not caused by lightning and Safire, to accommodate its clients, incorporated cover for damage arising out of power surges, not only in the event of a lightning strike. Such additional cover was mainly confined to certain classes of business under the Signature Domestic policy including the Electronic Equipment section. With load shedding now so common, Safire has granted an extension under the Fire section of the Commercial/Farming Policy to cover power surge at an additional premium. Claims for power surges normally attract a policy excess and usually a limitation of policy indemnity accompanies the cover. Load shedding also increases the possibility of related claims, such as collisions when traffic lights are down and drivers ignore the four-way stop procedure; house fires when lit candles fall over; theft/burglaries with alarms and lights not functioning; consequential loss, especially for businesses not able to perform at full capacity.