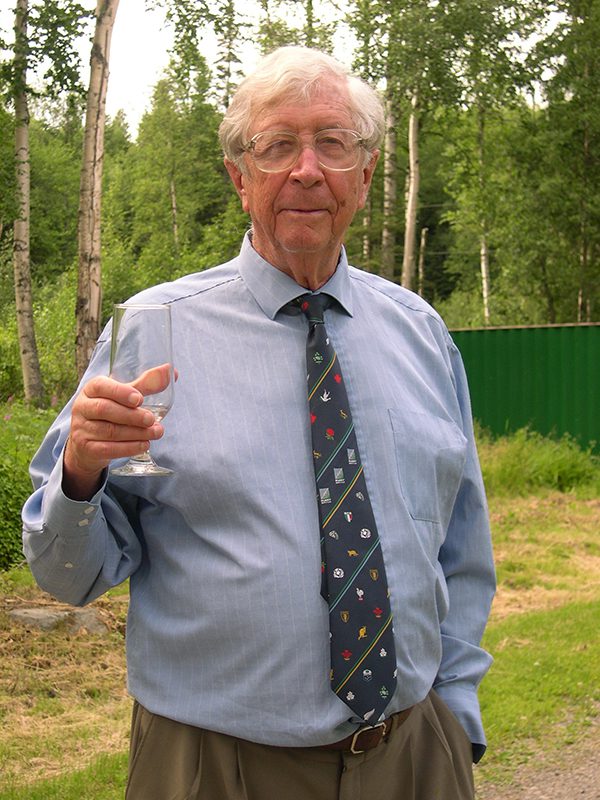 David Earl was born in Durban on 31 January 1929, the only son of Ernst and Myrtle Earl, sugar cane farmers in the Natal Midlands. David’s only sister, Jane, passed away approximately 15 years ago.

David was a “Merky mud rat”, attending Merchiston Preparatory School for his junior years and then went on to finish his schooling at Hilton College. David had a strong bond with Hilton College and participated on the Farming Committee many years later. After Hilton College, David obtained a Forestry Diploma at Saasveld. He then returned home to St Pauls at Bruyns Hill, to join his father on the family farms. The Earls also owned timber farms and later extended their farming operations to include avocadoes.

David was a talented all round sportsman. When he was young the family had a game farm in Zimbabwe and holiday hunting and fishing were integral elements of David’s childhood years. David played rugby and went on to be included in the SA Country Districts for cricket, with bowls catching his attention later in life.
David met Barbara Gillian Bettle, known to all as Gilly, and married her on 14 April 1956. They had four children, 3 boys, James, Simon and Rob, and a daughter Janet. David and Gilly have 11 grandchildren, 4 granddaughters and 7 grandsons.

Travelling was another passion of David’s. England held a special place in his heart, and he and Gilly had a second home on the Thames where they spent a number of happy summers in the English countryside.

David loved people and genuinely rejoiced in other people’s successes. He was quick to give praise and encouragement, which inspired many, and people were automatically drawn to David’s caring and positive attitude. He was a true leader, quietly confident and always approachable; a level-headed person who would always listen intently to what others had to say. These attributes are what made David a great asset to any Board and he represented farmers and organisations on many, including the Boards of SATGA, SAWGU, Brokoop and the avocado industry, as well as Safire, NCT and CTC. He was also a founder member and director of Safire, and was a policyholder from the first day of the company’s operation.

He is sorely missed by many.