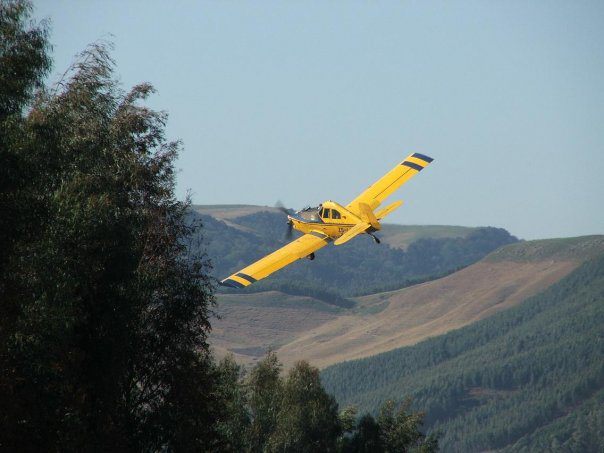 Simon Thomas, Operations Manager for the Kwazulu-Natal Fire Protection Association (Firestop), warns, “The 2016 fire season promises to be one of extremes, mainly due to the ongoing drought caused by one of the strongest El Nino events in many years being experienced over large areas of KZN. Conditions in Zululand and northern areas of KZN are probably the worst, and there has been concerns raised as to whether there is going to be enough water available to fight fires.

Although not as hard hit, the rainfall measured at Shafton (see stats) clearly shows a decrease in the average rainfall over the past few years. KZN FPA, together with our affiliated KZN FPAs, of which there are now 23 covering approximately 65% of the province, have been actively engaging with members to be extremely cautious over the next few weeks as we build up to the start of the winter period and have encouraged everyone to start fire season preparations sooner rather than later. Most of the aerial resources in the province will be online from 1st June at this stage, however, this could change depending on conditions.
The Working on Fire programme has been actively engaging schools in our rural areas with their fire awareness programme. There are currently 30 teams available and should anyone need their assistance, please contact the provincial dispatch centre on 033 330 2261 or 076 021 2487.
One small blessing is that due to the drought, fuel levels in the grassland areas are very low, and as such the threat has been reduced. However this is not the case in the forestry areas, where tinder dry fuels are in abundance. This can be attributed to the stress that the trees are under and as such the needle and woody matter under the canopy has increased.
Fortunately, as the saying goes, there is some light at the end of the tunnel. The latest forecast models show a definite decline starting to occur in the El Nino event, and there seems to be an increased probability of a La Nina event towards the latter part of spring. One can only hope that the clever people have their predictions correct.”

It is worth noting that while a 9% membership fee increase has been necessary for the Kwazulu-Natal Fire Protection Association this year, flying rates have remained the same as last year. The main reason for the increase is that the aerial resource element is closely linked to the dollar/rand exchange rate (for spares etc which are all imported).