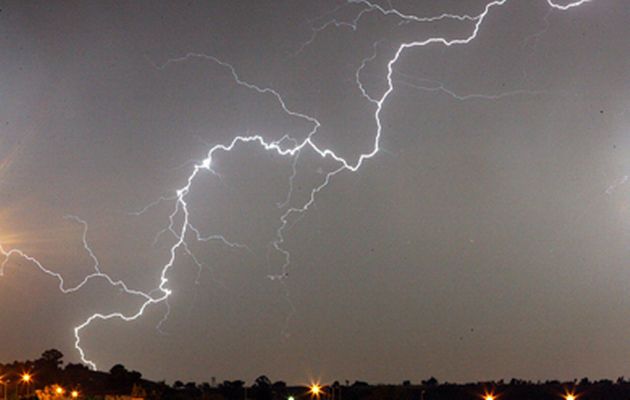 20 Nov Lightning on the increase?

According to the South African Weather Service, more than 260 people are killed by lightning every year in South Africa. Most fatalities happen in the Eastern Cape, closely followed by KwaZulu-Natal, with the second-highest risk provinces the Free State, Gauteng, and North West. Mpumalanga and Limpopo have marginally lower lightning risks, while the Northern and Western Cape have low incidences. What is most alarming is that these statistics appear to be on the rise across developing nations, including countries in Africa, Malaysia, and Brazil, with total casualties from lightning possibly even higher than other weather-related disasters such as floods, landslides and droughts. Experts believe the increase in deadly lightning strikes may be a manifestation of climate change – with the increase in global temperature, thunderstorms and lightning will become more common. The Intergovernmental Panel on Climate Change, the global authority on climate science, says, “It is generally expected that lightning will increase in a warmer climate, although a study for the 2030 climate finds no global increase but instead a shift from the tropics to mid-latitudes”. Strangely, lightning is increasing even though the number of thunderstorms is not. More than a hundred lightning bolts hit the earth every second, experts estimate, and more than 70% of those take place in tropical and sub-tropical regions.

Professor Giles Harrison from the University of Reading says, “In the last 10 years our finding in Malawi, Swaziland, Zimbabwe and some parts of South Africa is that the lightning fatality rate is what it used to be in the USA one hundred years ago. We have seen a major reduction, to almost a zero, in the developed world. In contrast, in the developing world, people still are involved in labour intensive agriculture and are living in houses that have no lightning protection. So it is mainly a population and lifestyle issue.” Professor Robert H Holzworth of the University of Washington, who also heads the World Wide Lightning Location Network that has about 80 detection stations, says, “What we’ve found is that in the last several years, the number of thunderstorms in the world seems to be relatively stable. But the number of lightning strikes we are detecting with our network has been zooming up. And that’s because we are more efficient at detecting lightning and not necessarily because there is more global lightning.”