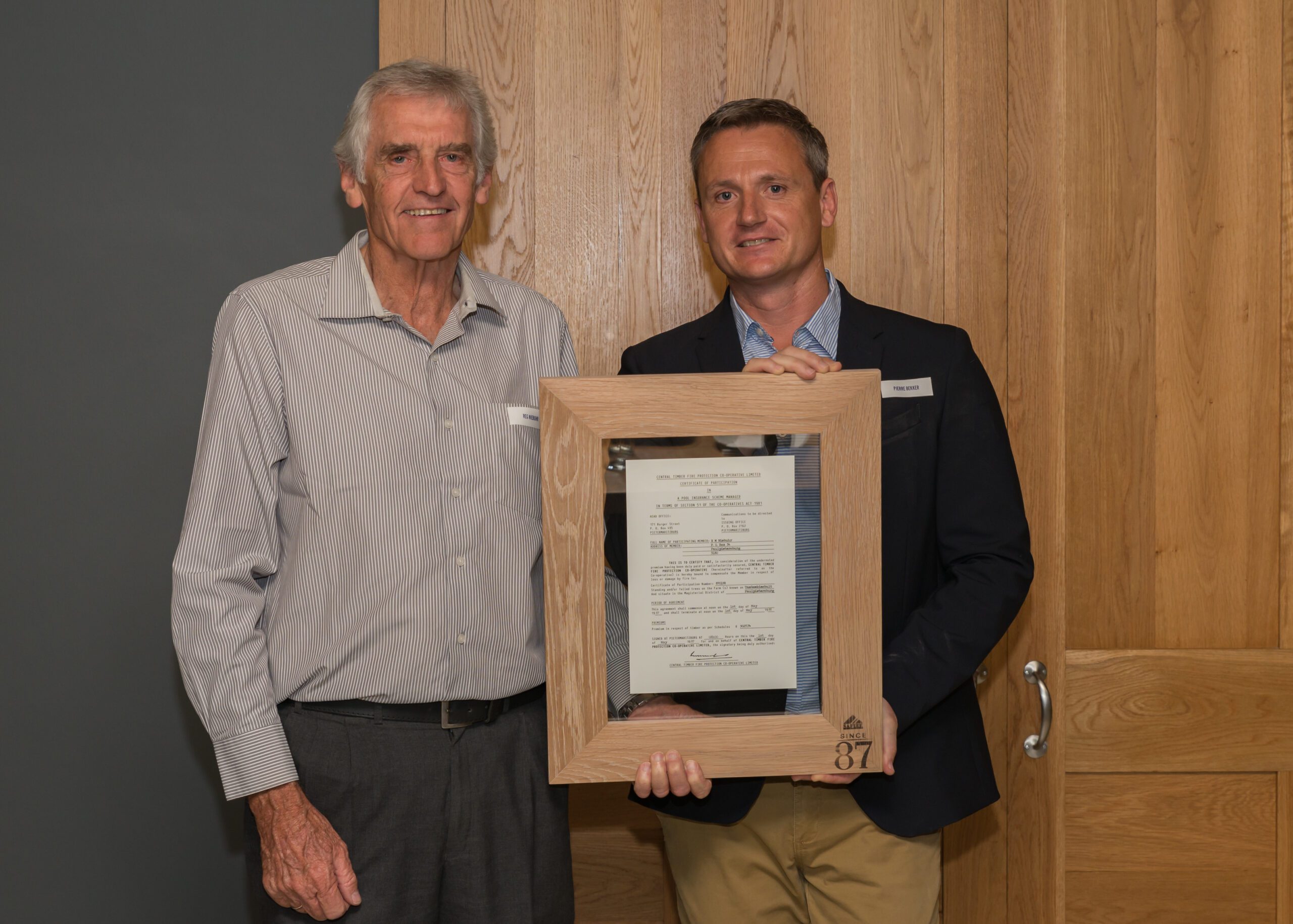 Posted at 15:15h in Uncategorised by Safire Insurance Company
Share

Saying goodbye
Reg Niebhur has been with Safire since its establishment in 1987 and is one of the longest-serving directors. After many years in the Safire boardroom, he recently resigned. Safire CEO Pierre Bekker says, “Reg has been an integral part of shaping the ethos and client-centric culture of this company. He is a man of great integrity who will be sorely missed. I have really enjoyed working with him.” Reg says of his time with Safire: “It has been very meaningful to me to be part of the establishment and development of this company that has been so innovative and so instrumental in revolutionising how timber insurance was provided to the country’s timber growers. Loyalty to the company has been most important to me and I wish them an exciting next 30 years.” Reg is seen here with Safire CEO Pierre Bekker at the company’s 30th celebrations in April.