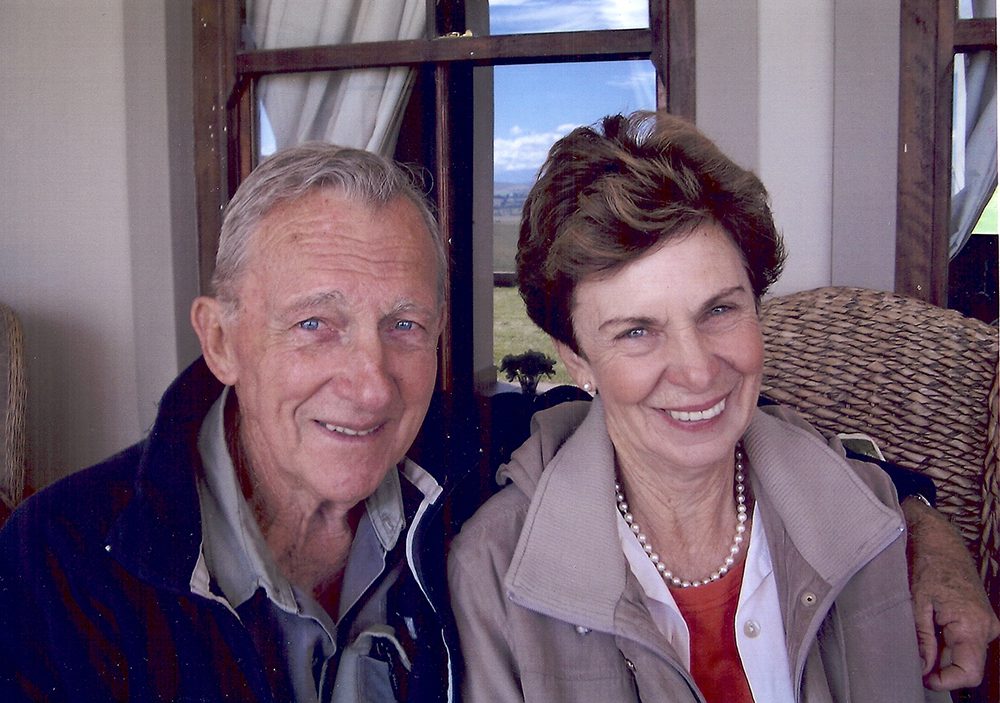 Walter Redinger was born on 9 March 1938 and was the oldest of 6 boys born to Richard and Paula Redinger of Dalton. Farming was a family passion with it being reported that Walter’s great-grandfather Eduard Redinger was one of the first producers of sugar in KZN who had to deliver his sugar to Johannesburg by ox wagon. Walter spent 42 years of his life farming sugar cane, timber, maize, and kiwi fruit near Kranskop.

Most of his schooling took place at Lilienthal, a small school which served the community that was located near Fawn Leas. He attended Weston Agricultural College near Mooi River until he was called back home to assist with the family’s farming operations, due to his father’s poor health.

Walter married Verona on 11 April 1964 and they had 3 daughters, Senta, Karen and Heidi, who provided Walter and Verona with 6 grandchildren: 4 grandsons and 2 granddaughters. Walter and Verona were married for 51 years, and were inseparable.

His family was Walter’s central focus in life and it was to protect his family after the tragic farm murder of his brother Friedel and the threats made to him and his family that saw him make the wrenching decision to leave his farming way of life, sell his farms to Land Claims and move to Greytown.

Walter had a special relationship with God and was instrumental in having land donated in addition to being a founder of the building of Greytown’s St Peter Lutheran Church.

Another major passion in Walter’s life, which started with the building of the Walmech cane planter, was engineering. Not only did he design his own tractor, known as the Waltrac, which was used extensively on his farms for ploughing and transport, he also designed and built a single row and 2, two row whole stick cane harvesters to suit the needs of the family farms.

Walter will always be remembered as a devoted family man, kind, gentle and caring. He was a farmer, a Landbank valuator in the early years, and played a major role in both the sugar cane and timber industries. He was also a dedicated member of his local community and a loyal supporter of Union Co-operative Ltd, where he served on the Board for 25 years. He was a man with great integrity, a strong and ethical leader who loved life and was respected by all who knew him.

These strong personal qualities made Brokoop and Safire very proud to have him as a client and member of the Board from the company’s earliest days. Walter was a founder member and director and served on the Brokoop Board from 25 May 1975 until the mid-1990s. His participation, especially in these early years, contributed significantly to the growth of Brokoop and his participation and presence confirmed to other clients that the insurance needs of the farming sector were well understood and capably addressed.

He will be sorely missed.